Channel 4 is marking 50 years of Pride in the UK with a special season of landmark programmes and specials. This bumper season of high profile content will reflect on  the incredible achievements and challenges of advancing LGBTQ+ rights and visibility over the last half century, while also platforming the diversity of identity and sexuality in the 2020s. 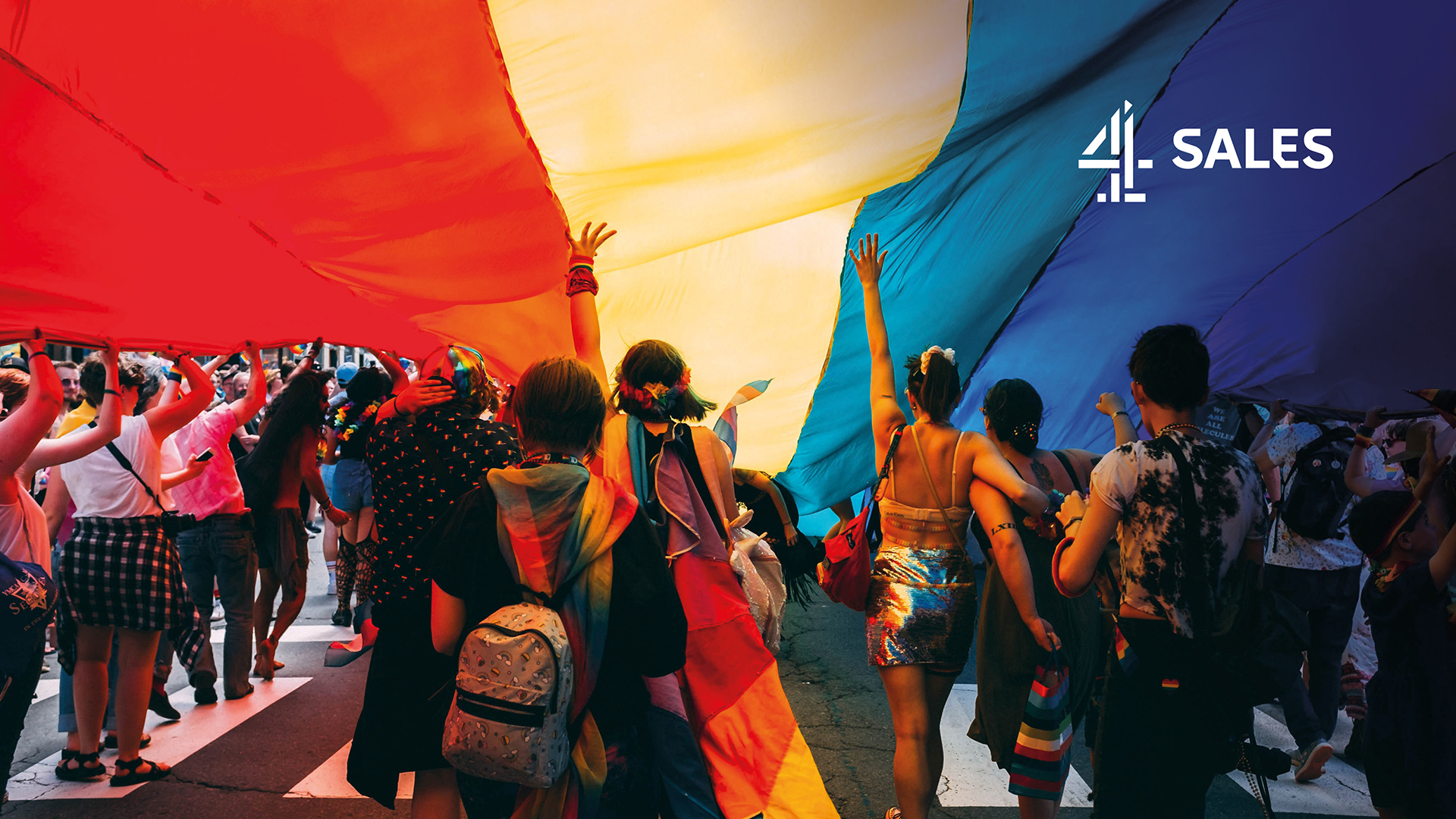 At the centre of the season will be a pair of new factual commissions. 50 Years of Pride (w/t) will be a landmark documentary on the history of the movement in the UK, made in collaboration with Oscar-nominated filmmaker Stephen Daldry and playwright Joe Robertson. The film will be told through first-person testimony and archive footage, hearing from those who faced down intense hostility and discrimination at the start, as well as from a younger generation for whom Pride has always been part of their life and identity. Focusing in on trans history, April Ashley (w/t) will be the first in-depth feature documentary on this trailblazer for trans woman in the UK. Ashley, who died last year at the age of 86, was one of the country’s most prominent transgender women – a model, dancer and restaurateur whose rollercoaster life took her from the slums to wartime Liverpool to a world of celebrity friendships, a landmark divorce trial, and an MBE for services to equality. Both films will go out around the anniversary of the first UK Gay Pride Rally which was held in London on 1st July 1972.

Celebrity Gogglebox will see a mix of series favourites and some of Britain’s best loved LGBTQ+ personalities – including Rylan and his mum Linda, Nick Grimshaw and his niece Liv, and Paul Sinha and his husband Oliver – take to their sofas, ready to share their views with the nation for a very special Pride anniversary episode. Further names of those taking part will be revealed in due course. There will also be special compilations of Naked Attraction and First Dates celebrating some of the memorable LGBTQ+ contributors across both shows, each of which have consistently showcased diversity and inclusion.

To be shown later in the year, Outed: George Michael and the Fight for Freedom (w/t) will be a two-part re-examining the pop icon’s 1998 outing as a gay man and how he refused to be ashamed. The film will feature other public figures who were outed by the press to unpack this watershed moment in British history.

Across All 4 there will be a special collection of content that reflects on how Channel 4 has been at the forefront of pushing LGBTQ boundaries with ground-breaking programming. Film4 and Channel 4 will be showing a number of films exploring representation-from ground-breaking classics like My Beautiful Laundrette and Buddies to recent hits like Rocketman, Gods Own Country and Love, Simon.

Louisa Compton, Head of News, Current Affairs, Specialist Factual and Sport who is overseeing the Pride season says: “Channel 4 has been responsible for more outstanding LGBTQ+ content over its 40 years than any other public service broadcaster -often commissioning content others wouldn’t touch, from award-winning dramas It’s A Sin, Queer As Folk, and Brookside to innovative factual stories including Football's Coming Out, Genderquake, and Hollyoaks: Gay Dads Forever. It only seems fitting that at this important moment for LGBTQ+ history in the UK we do what we’ve always done, double down on our commitment to agenda-setting programming with exciting new commissioning and All 4 firsts. The announcement today is only the start of the Channel’s year-round Pride celebration – plenty more to come in due course.